Some of the Many Beautiful Historic Headstones at Mount Olivet Cemetery Frederick City, MD

The Shook Family Cemetery lies just off the intersection of Shookstown Road and Kemp Lane, about 2 miles from Rocky Springs Chapel and School House.  The Fort Detrick Military Reservation fence surrounds the cemetery on three sides.  The 1911 book Landmark History of the United Brethren Church identifies Reverend Peter Shook (1772-1855) as a “pioneer” U.B. minister and his son Daniel Shook (1803-1880) as a “leader” in the U.B. Church, and both Reverend Shook and his son Daniel are buried in the Shook Family Cemetery.  Based on the number of surviving headstones alone, there are 34 individuals interred in the Shook Family Cemetery.  The last known recorded burial in this cemetery was that of Edward Shook (1840-1922) January calendar. 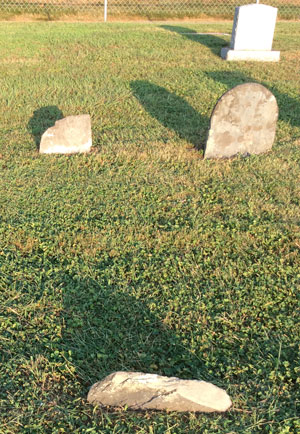 In the book Early American Gravestones: Introduction to the Farber Gravestone Collection, written by Jessie Lie Farber in 2003, Farber notes that many 17th and 18th century graves in America were simply marked with local field-stones or with wooden markers 어머님 은혜 다운로드. He also indicates that over time, a large percentage of grave markers become lost, destroyed or misplaced for several reasons.  Wood eventually rots and stone can break and crumble over time.  Vandalism and falling trees also contribute to loss and some graves were never marked to begin with.  For example, Farber explains that during the 17th and 18th centuries, professionally cut and engraved headstones were only erected for those who were relatively well-known and secure economically, so a large segment of the population never had a gravestone at all.  In addition, Farber further explains that graveyards in the 17th and 18th centuries were almost always located adjacent to a church or meetinghouse (or where one used to be), or on a town common.

An analysis of the gravestones in Rocky Springs Cemetery seems to support Farber’s assertions. There are several graves within the known confines of the cemetery that are marked with simple field-stones instead of with inscribed headstones.  Therefore, it is not possible to determine who occupies those graves or when they were buried there Visual Studio 2013 Download. The oldest existing professionally carved headstone has a date of death of 1800 and belongs to Martin Schaup (1779-1800).  The Schaup Family had been living in Frederick County since the 1740s, which was at least two generations prior to Martin Schaup’s death in 1800, and they were prominent land owners in the community.  The next oldest professionally carved headstone belongs to Soffina Schaub (1734-1801).  Soffina Kemp Bott Schaub was the daughter of Conrad Kemp (1685-1765) who had also been a prominent land owner in Frederick County since the early 1740s.  Therefore, both Martin Schaup and Soffina Schaub came from prominent families that could afford to purchase professionally carved headstones to mark their graves.

Below is a listing of the carved headstones in Rocky Springs Cemetery that indicate a date of death prior to the construction of Rocky Springs School House in 1839:

According to Maryland land records, the ancestors of most of the individuals named above had been living in the Rocky Springs vicinity since at least the early 1740s (with several arriving in the Rocky Springs area during the 1720s). Therefore, based on the existence of professionally carved tombstones as early as 1800, and the fact there are several unidentified graves marked only with simple field-stones,  it is logical to conclude that Rocky Springs Cemetery was used by the early settlers of Rocky Springs as a place to bury their dead many years before the dates on the professionally carved  gravestones indicate vertx.

A comprehensive listing of the families that first settled in what would eventually become Frederick County, is contained in the book Pioneers of Old Monocacy: The Early Settlement of Frederick County, Maryland, 1721-1743, by Grace L. Tracy and John Philip Dern. Rocky Springs Cemetery, Chapel and School House are located in what is described in the book as the “Lower German Settlement,” on the land tracts originally patented to Martin Shoup (also spelled Schaub), Conrad Kemp and Jacob Staley (also spelled Stehli, Stehley and variations thereof).  To date, no location for a village, town common or meeting-place has been identified that would have been used by the earliest settlers of the Rocky Springs area of Frederick County. However, based on the age of the graves and the variety of early surnames of those buried  in Rocky Springs Cemetery, it was likely located in that vicinity.